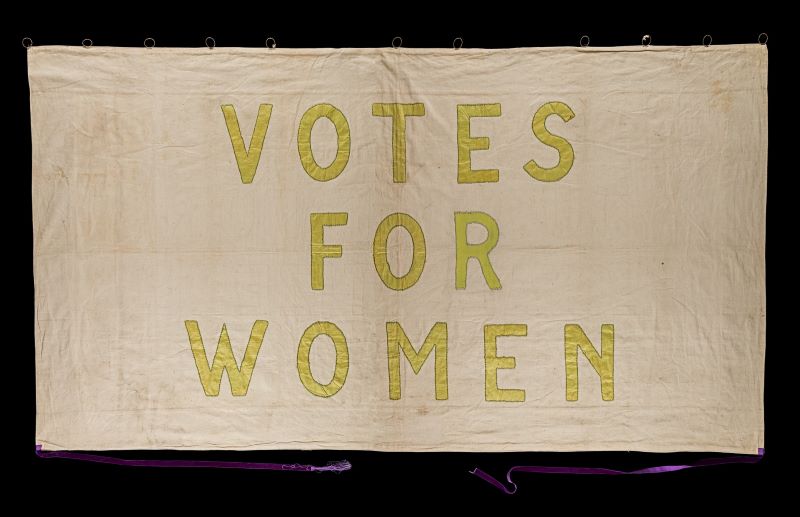 After a hard-fought battle by women and male supporters of our right to vote, and through a series of votes in Congress and in state legislatures, the 19th Amendment became part of our Constitution on August 18, 1920. Let’s honor the women who fought to give us the right to elect our leaders, and the women and men who have given their lives to help us keep it. Vote!

Here’s a wonderful poem dedicated to the famous suffragette Susan B. Anthony by her friend Elizabeth Cady Stanton…

To Susan B. Anthony on Her Birthday, by Elizabeth Cady Stanton

My honored friend, I’ll ne’er forget,
That day in June, when first we met:
Oh! would I had the skill to paint
My vision of that “Quaker Saint”:
Robed in pale blue and silver gray,
No silly fashions did she essay:
Her brow so smooth and fair,
‘Neath coils of soft brown hair:
Her voice was like the lark, so clear,
So rich, and pleasant to the ear:
The “‘Prentice hand,” on man oft tried,
Now made in her the Nation’s pride!

We met and loved, ne’er to part,
Hand clasped in hand, heart bound to heart.
We’ve traveled West, years together,
Day and night, in stormy weather:
Climbing the rugged Suffrage hill,
Bravely facing every ill:
Resting, speaking, everywhere;
Oft-times in the open air;
From sleighs, ox-carts, and coaches,
Besieged with bugs and roaches:
All for the emancipation
Of the women of our Nation.

Now, we’ve had enough of travel.
And, in turn, laid down the gavel,—
In triumph having reached four score,
We’ll give our thoughts to art, and lore.
In the time-honored retreat,
Side by side, we’ll take a seat,
To younger hands resign the reins,
With all the honors, and the gains.
United, down life’s hill we’ll glide,
What’er the coming years betide;
Parted only when first, in time,
Eternal joys are thine, or mine.

Elizabeth Cady Stanton (1815-1902) was an American poet, writer and leading figure in the fight to give women the right to vote. Stanton was president of the National American Woman Suffrage Association from 1890 until 1892. Her work includes The Woman’s Bible, Solitude of Self, and the first three volumes of History of Woman Suffrage (Susan B. Anthony, 1881).

How to Garden and Avoid Traction

Hard-earned advice on how to garden as we age.

This Woman Wants to Help You Stay Safe

Founded by a woman whose online date turned out to be a bank robber!

The Team wishes you a very merry holiday!