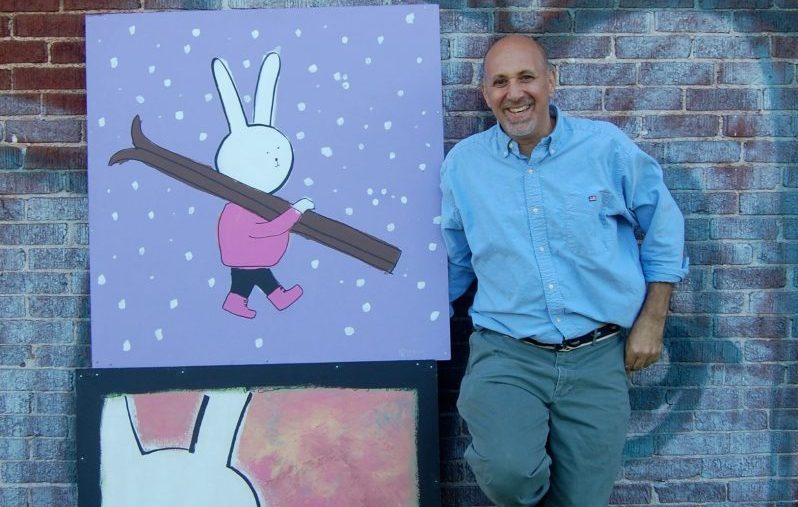 Last month my beloved brother Brian passed away in his adopted hometown of Nashville. I hesitated to write this post because we don’t often share our sorrows the way we share our joys. But together they make up your life, so maybe there’s no need to keep them separate. And I wanted you to know my amazing brother.

Brian was an incredibly talented and generous man. For the past several years he had been a working artist, creating what he called “art for the child at heart” that made you happy no matter how old you were. Brian had a big life, full of adventures, and everyone was welcomed on the ride.

Here’s an excerpt from Brian’s obituary:

There was no one like Brian. To know him was to adore him. He was whip smart, funny, creative, honest, forgiving, visionary and kind. He was cosmopolitan without being stuffy. He always smelled great. He played the curmudgeon – badly.

Brian privately supported charities for the homeless and abused wherever he lived. He also prepared and kept care packages in his car for homeless people he would see while driving. He risked his safety repeatedly to rescue cats and dogs from highways and alleyways.

Since his death his family has learned of many kindnesses Brian performed quietly for family, friends, acquaintances and strangers.

Brian’s adventures ranged from bungee jumping in New Zealand, to selling cashmere sweaters at Harrods of London for a college semester, to river rafting, to traveling with family and friends throughout Europe and Asia.

Brian had five successful careers. His first professional job was in Chicago at the Leo Burnett advertising agency, during which he hosted a legendary dinner party where the food was only the cereals the agency represented. Brian moved to New York to work in retail marketing and advertising for Ralph Lauren. He decided he wanted to write music, so he moved to Nashville and became a successful songwriter who taught himself to play guitar and piano. He earned gold records for songs recorded by prominent artists.

One day Brian picked up a paint brush and found his passion to create what he called “art for the child at heart.” His paintings, prints and textiles are in private collections, galleries, hotels, restaurants, and corporate settings in North and South America, Europe, Asia, Australia and Africa.

We’ll miss Brian every day, in so many ways. But we’re comforted knowing the joy Brian and his art brought to so many people will live on. You can visit Brian’s art at www.briannash.net.

I met Brian’s brilliance through his art. The sophisticated humor of the work. Upon boasting to my husband, he said, “Yes! That’s my cousin. He writes music.” Meeting him and through phone calls, we learned we had small fascinations in common. But his humor! And generosity was front and center. We met in Nashville. Knowing LaLa, his persona, and yet knowing he was so very private. Brenda – you, his best friend, wrote the uplifting and true words to share about Brian. I’m grateful – very. And I treasure my LaLa Land pajamas. To know him is to know he broke the mold. Thankful to have met with his brilliance. Forever, XO

Vicki he loved you, was awed as we all are by your own brilliance as an artist and as a person. We miss him but have his light and love always. XO Brenda

Brenda, yes, his light will always shine. Feel exceedingly blessed. Yes, of course, we do have
and give honor to his light and love. xo Vicki

Same here to both of you xo

Beautiful words Brenda. Thanks for sharing him with us. His “art for the child at heart” will continue to bring joy into the world and many smiles. xo

Thank you for your beautiful words too, Barbara, and for walking with me. XO

The 3 Estate Documents Everyone Needs

Award-winning lawyer Robin Gorenberg on why and how to be prepared.

Brenda on being part of a large DNA cloud.