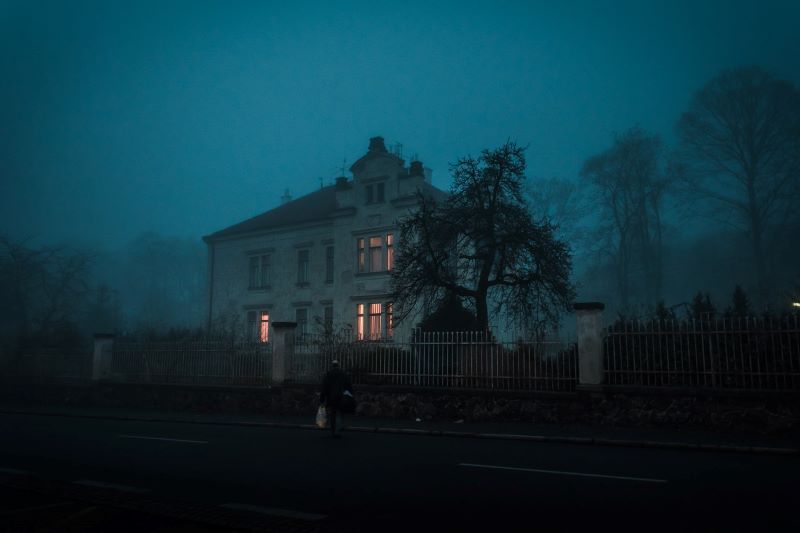 When we were growing up in West Roxbury my little brothers and I would gather with the other neighborhood kids and create a massive Halloween posse of pirates, headless baseball players, witches, ghosts (I wonder how many Moms were surprised to find holes in the sheets the day after…), clowns and cowboys. The candy stashes were legendary.

Since we’re too old to trick or treat, and I’m not even sure that happens anymore, I found a couple of fun grown-up events. And it wouldn’t be Halloween without a poem by Edgar Allan Poe. Also, this poem reminds me of a few parties I’ve attended…

Hope you have a fun and safe time! XO Brenda

Nightmare on Charles Street, October 29, 9pm-1pm, at the Liberty Hotel Alibi Bar & Lounge, Boston – Spend Halloween Eve mingling with your friends (and who knows who – or what – else) at the Alibi Bar and Lounge at the old Charles Street Jail, now the Liberty Hotel. They’re promising spooky décor, a DJ playing great dance music, and a costume contest. For more information visit www.alibiboston.com

Ghosts and Gravestones Tour, through October 31, various evening times, embarking from the Marriott Long Wharf Hotel – Guided by actors portraying a ghoulish band of the undead and a roguish gravedigger, this tour goes back nearly 400 years to relive paranormal hi-jinks in Boston, including at the famously haunted Omni Parker House and the King’s Chapel cemetery where the bones of the dead served as currency for a man named Ephraim Littlefield. (My office overlooked Kings Chapel Burial Ground for a year, and I made a point to not look out the window after dusk) Tickets start at $47 and are going fast – to learn more click here

In the greenest of our valleys by good angels tenanted, once a fair and stately palace — radiant palace — reared its head. In the monarch thought’s dominion — It stood there! Never seraph spread a pinion over fabric half so fair!

Banners yellow, glorious, golden, on its roof did float and flow, (This — all this — was in the olden time long ago,) And every gentle air that dallied, in that sweet day, along the ramparts plumed and pallid, a winged odor went away.

Wanderers in that happy valley, through two luminous windows, saw spirits moving musically, to a lute’s well-tuned law, round about a throne where, sitting (Porphyrogene!) In state his glory well-befitting, the ruler of the realm was seen.

And all with pearl and ruby glowing was the fair palace door, through which came flowing, flowing, flowing, and sparkling evermore, a troop of echoes, whose sweet duty was but to sing, in voices of surpassing beauty, the wit and wisdom of their king.

But evil things, in robes of sorrow, assailed the monarch’s high estate. (Ah, let us mourn! — for never morrow shall dawn upon him desolate!) And round about his home the glory that blushed and bloomed, is but a dim-remembered story of the old time entombed.

And travellers, now, within that valley, through the red-litten windows see vast forms, that move fantastically to a discordant melody, while, like a ghastly rapid river, through the pale door a hideous throng rush out forever and laugh — but smile no more.