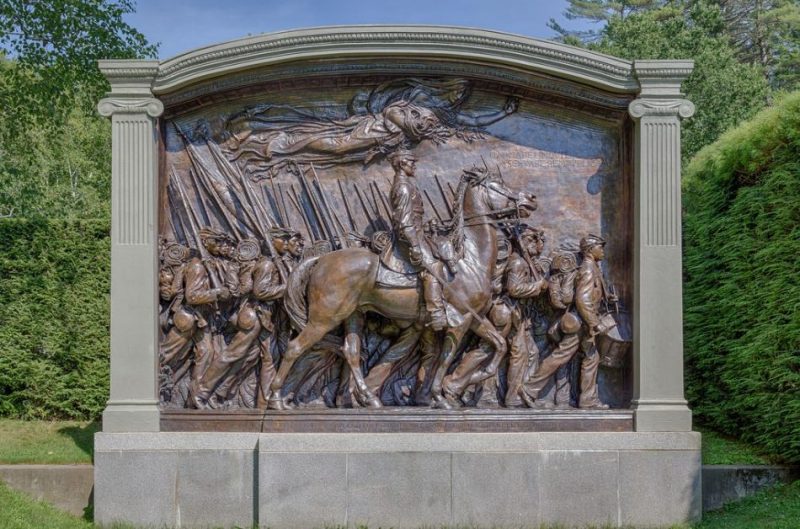 Black History Month grew out of “Negro History Week,” which was the idea of historian Carter G. Woodson and other prominent Black Americans. Since 1976, every U.S. president has officially designated February as Black History Month. Other countries including Canada and the UK also devote a month each year to celebrating Black history.

Because of COVID-19 we didn’t find any in-person events to tell you about, but we think these online events looks interesting…

February 3, 7:00pm: Black History & Racism in America: Where Do We Go from Here?

At the Waltham Public Library, NAACP Board Member Michael Curry will discuss the history of Black people we didn’t learn in school. He’ll use historical images to start the discussion in 1619, and move up through our present moment, focusing on anti-Black racism in America including economic, health, and social justice implications. Mr. Curry will also talk about where we go from here. You can access the YouTube link for this live event by clicking here.

A collective committed to advancing Black artistry through music remembers the Reverend Dr. Martin Luther King Jr.’s life and legacy with the works of 20th-century American composers. Daniel Bernard Roumain’s String Quartet No. 2, “King,” is a meditation on the recordings of phone calls between King and women in his life, and their roles in shaping the Civil Rights Movement. George Walker’s “Lyric for Strings” navigates the space between pain and hope. (Walker was the first Black composer to win the Pulitzer Prize for music.) To learn more and register click here

And, why not learn more about Black history in our hometown and….

The Black Heritage Trail is a 1.6-mile walking tour that explores the history of Boston’s 19th century Black community, who lived primarily on Beacon Hill. Fourteen historic sites are included – former homes, businesses, schools and churches of the Black community, plus several Underground Railroad stations which helped escaped slaves reach freedom in the Northern U.S. and Canada. (The photo above is the Memorial to Robert Gould Shaw and the Massachusetts 54th Regiment as they left Boston to fight in the Civil War. Located on Beacon Street across from the State House, this is the first civic monument that honored the heroism of Black American soldiers.)  The National Park Service usually offers free guided tours, but with COVID-19 restrictions you can do a self-guided tour, which generally takes about 90 minutes. For maps and videos of each stop along the Trail click here. For more information call 617.742.5415.

How do you commemorate and celebrate Black History Month? Let us know.

Miz Rosa Rides the Bus, by Angela Jackson
That day in December I sat down
by Miss Muffet of Montgomery.
I was myriad-weary. Feets swole
from sewing seams on a filthy fabric;
tired-sore a pedalin’ the rusty Singer;
dingy cotton thread jammed in the eye.
All lifelong I’d slide through century-reams
loathsome with tears. Dreaming my own
silk-self.
It was not like they all say. Miss Liberty Muffet
she didn’t
jump at the sight of me.
Not exactly.
They hauled me
away—a thousand kicking legs pinned down.
The rest of me I tell you—a cloud.
Beautiful trouble on the dead December
horizon. Come to sit in judgment.
How many miles as the Jim Crow flies?
Over oceans and some. I rumbled.
They couldn’t hold me down. Long.
No.
My feets were tired. My eyes were
sore. My heart was raw from hemming
dirty edges of Miss L. Muffet’s garment.
I rode again.
A thousand bloody miles after the Crow flies
that day in December long remembered when I sat down
beside Miss Muffet of Montgomery.
I said—like the joke say—What’s in the bowl, Thief?
I said—That’s your curse.
I said—This my way.
She slipped her frock, disembarked,
settled in the suburbs, deaf, mute, lewd, and blind.
The bowl she left behind. The empty bowl mine.
The spoiled dress.
Jim Crow dies and ravens come with crumbs.
They say—Eat and be satisfied.

I fast and pray and ride.

Angela Jackson is the author of several poetry collections including Voo Doo/Love Magic; Dark Legs and Silk Kisses: The Beatitudes of the Spinners, which won the Carl Sandburg Award; National Book Award–nominated And All These Roads Be Luminous: Poems Selected and New; and It Seems Like a Mighty Long Time. She has also written several plays.