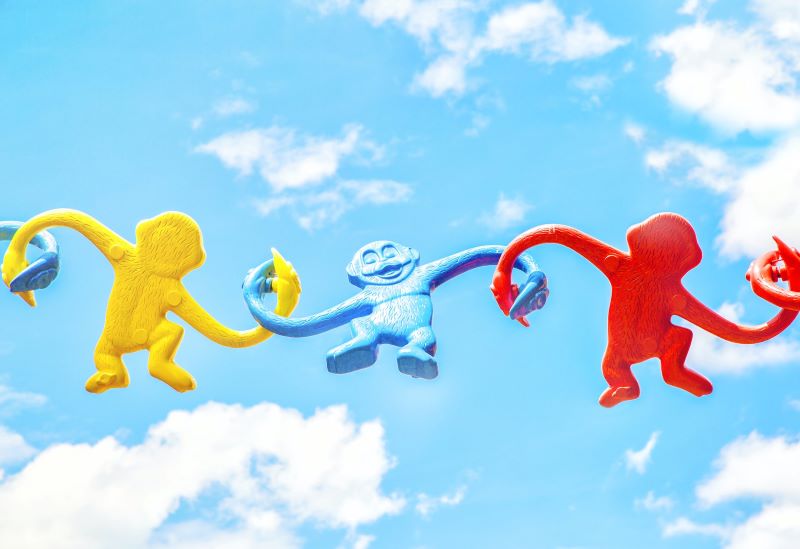 That’s how my big cousin Albert always greeted me from when I was a teen. He’s been gone 12 years. I still miss our arguments about politics.

I’ve had the remarkable experience of being one of 47 first cousins, and among dozens of first cousins once removed, and over 100 second and third cousins. If you’ve met a Nashawaty we might be related, but not always. Our family sponsored people when they came here, and some took our last name. (My eyes narrow when someone whose grandparents had an exotic last name claims immigration mistook it for “Smith” or “Jones” but somehow, they got Nashawaty right.) So, when people say “Oh, you must be related to fill-in-the-blank Nashawaty” it might be a child of a distant cousin, or a stranger.

Growing up the cousins saw each other – often mixing up both sides of each other’s families to make a Cousin Salad – at holidays, Sunday dinners, birthdays, graduations, wedding, funerals and so on.

Being part of a huge family was great for the shy among us. No matter how the world treated us we had each other. Nobody knows you as well as someone you shared a crib with, or who taught you how to cast a fishing rod, or who you went to the emergency room with because you were playing Steve McQueen on your bikes.

Of course, when you had a bunch of cousins to hang out with, you didn’t always make an effort to make friends with classmates and neighbors (guilty).

And it isn’t just about blood relations. In-laws of people who married into our family become family, too. When I introduce a married pair, or the sibling of someone who married into the family as cousins, it can hurt people’s heads. And, some of us who don’t share even a strand of DNA become so close we think of each other as siblings.

Those of us who are left try to remember the stories, but we’re getting old and it’s not so easy. Along with too many early departures, the family is scattered from Boston to Laguna Beach.

Who’s going to tell the youngsters who come after us the story about how Uncle Bill opened the lid of a pot on Auntie Alice’s stove and saw a boiling sheep’s head? How Uncle Arthur told a bunch of screaming kids trying to hold on as he learned to maneuver his boat among the piers at Jimmy’s Harborside and Pier 4 not to scream until we were in the water? How then 18-year-old Aunties D……, Auntie S…. and Auntie B….. bought a jug of wine with our parents’ permission, took it up to the Yellow Room at the Cape house, each took a few slugs and got sick and/or fell asleep?

As the days get shorter, and it’s time to start wearing actual clothes instead of the shorts and t-shirts with character (stains) I’ve been trying to squeeze one more year out of for the past 10 years, I find myself thinking even more of all the cousins by birth, marriage and osmosis who aren’t here anymore. I need to do a better job staying in touch with the ones who still are.

What about you? Did you have a lot of cousins, or a few? Did you grow up seeing each other? Do you still see each other? Let me know.

In a world moving too fast, I will forever be grateful for my cousins. You have all provided me a lifetime of security, love, fun and adventure. My very first best friends. Long live Pier 4, Rondo Hatten and the Miami toll booths.

We’ve sure had a time! XOXO

I was on the younger side of the many cousin line. I am also the one who has the pictures. They are nice to me. I am so fortunate to have the relatives check in. Happy fall to all????