A Millennial’s Career Advice for Our Daughters, Granddaughters & Nieces 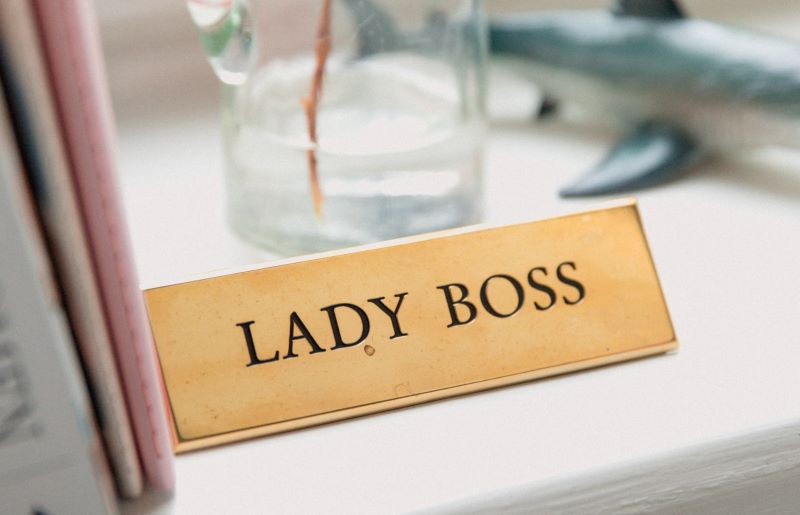 Do you remember the separate “Feminine” want ads from the early 1960s? When I started working in the late 1970s the ads were gone but the culture wasn’t. If you interviewed for a job with the same lack of experience as a young man, he got the junior professional job and you answered phones. So I was delighted to hear from a darling friend in her 30s that work culture is changing for young women, and it’s the women who are changing it…XO Brenda

Do you detect sneaky sexism in the professional world?

There still is sexism but it’s more subtle and structural than it was before. We still need to have the conversation and the opportunity to knock down the Old Boys’ Club doors.

But in the last five years there’s been progression because of the #LeanIn and #MeToo movements. And I think this time of working remotely because of the pandemic has contributed to this change in a way. Some companies are doing video meetings, but in many cases you’re not on camera. You’re relying on your voice, your ideas, how you deliver, and the strength you bring to the table.

I’m seeing more of a thoughtful approach when women speak in meetings. And I’m being interrupted less! Maybe that’s because of a combination of societal factors, but there is positive progression, where a man has interrupted me but stopped and said sorry.

Where we still have a challenge is finding male advocates and allies. But that’s changing, as well. I’ve worked with male senior executives who have a vested interest in developing the careers of women.

The idea of leadership needs to keep evolving, and the positive thing that’s happening right now is some of those traditional male characteristics of leadership – being aggressive, competitive, boisterous – are staring to be reframed. The definition of leadership is becoming more diverse. Traditional female characteristics like empathy and listening are entering the definition of what it means to be a leader. We’re getting into a concept of being emotionally intelligent and leading with empathy, regardless of gender or background. It’s not perfect and we have a way to go, but we’re seeing progress.

Another thing I’ve seen over the last five to 10 years is a growing rejection of the 9-5 work narrative, which often makes life harder for women, or for that matter, anyone with caretaker responsibilities in their home. Businesses see that type of thinking doesn’t work for men or women anymore. Even before the pandemic we were seeing more flexibility. Now that we’ve been all remote for a year, I think the workplace of the future will emphasize this flexibility, which will remove another obstacle for us.

Are women likely to support a female colleague’s rise? That was slowly starting to happen when I was coming up.

Leadership is recognizing it’s every person’s responsibility to create a culture of celebration and shared success for personal and professional achievement. Because there’s more of an investment in women at various levels, there’s less room for some of the proverbial negative competition among women.

But we still have a ways to go. Unfortunately there have been times when I’ve witnessed women being competitive with other women directly or indirectly. When I see a woman cutting down another woman, I’m quick to jump in and rectify that. There’s no need for it. We should all have an opportunity at the table. One woman’s success should not equate another woman’s failure. We need to keep doing better – it’s a must!

What’s your advice for the daughters, granddaughters, nieces and other young women in our readers’ lives?

First, the idea of personal branding is shifting and evolving. I’ve been part of conversations and events where the emphasis on your personal brand wasn’t just about your goals and aspirations, but what color sweater you were wearing, and what type of jewelry would complement your outfit.

As a feminist I reject that notion. Personal branding should be about moving into the future and developing and promoting the unique characteristics and strengths you bring to the table. Your true personal brand will shine in the vision and ideas you bring to a company or organization!

Ten years ago when I was in financial services, every day I would spend an hour and a half on hair and makeup and I’d wear a blazer and heels. I love fashion and style and putting myself together as much as the next person, but we need to stop feeding into a culture that says you need to be visually appealing to further your personal brand. As I mentioned, working from home for the past year is helping us refocus personal branding away from the visual.

A woman told me a long time ago no one is going to be a stronger president of your own fan club than you. Despite the progress we’ve made, my advice to younger women is that you still have to advocate for yourself. Don’t be afraid to invite yourself to that meeting if they’re talking about something you need to know. I can’t tell you how many times I’ve done that! The worst they can do is say no.

We also need to stop being afraid when we take on a big project that we might not succeed. Unless you’re a rocket scientist, you’re not doing rocket science. You either win, or you learn something from every situation. There’s no failure that will detonate your career.

Be sure to track and measure your successes. Nobody can argue with good data! I used to see women in performance reviews or other situations advocate for something with subjective or qualitative information. I don’t see that as much anymore. We’re figuring out that if we have hard data and facts it’s going to be pretty damn tough for management to argue.

Young women need to invest in ourselves and prioritize self-care. If you work for a company that doesn’t support you, leave. There were many times when I stayed until nine o’clock to finish a deliverable or project and there was really no reason to. It’s easy to get into that kind of cycle, but as more young women advocate for a healthy work experience, companies are paying attention.

My last observation is that young women in the workplace are owning who we are. I don’t need to change myself to drive a successful culture. We all have these stories we tell ourselves – I’m not good with words, I’m too shy, I can’t analyze data – and then we focus so much on those stories we lose sight of our real strengths. I’ve learned those parts of yourself that you or others criticized in the past might be your biggest strengths. And people are always going to have an opinion about you, but it’s not always going to be the truth. I encourage young women to own who you are, personally and professionally, and bring that to the table.

Thank you so much for your insights and advice! Will you come back periodically and share more experiences that can help the young women in our lives?

Happy Thanksgiving to You

Brenda wishes you have a happy, healthy Thanksgiving. And lots of pie.