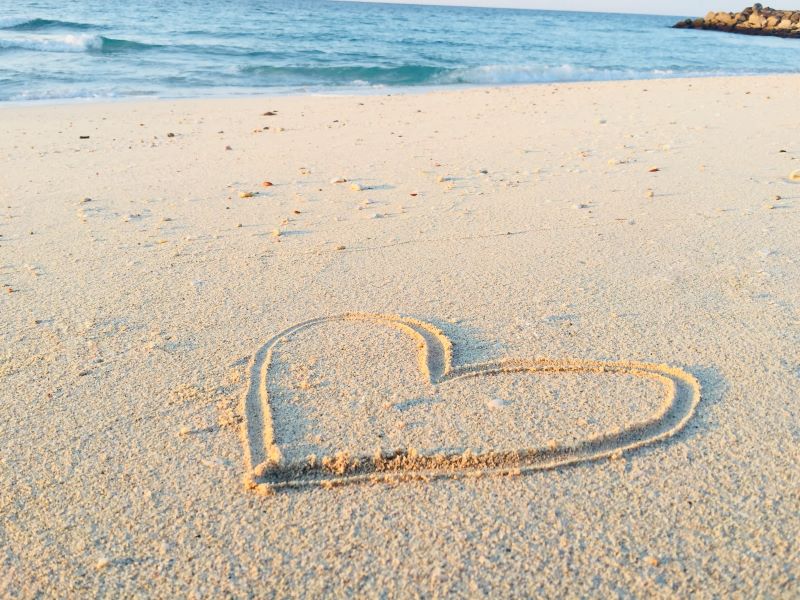 My Dad, who died in 2002 at 74 – an age that seems younger every year – taught me a lot of things about how to be in the world, both by example and by making occasional pronouncements, or edicts as I used to call them. 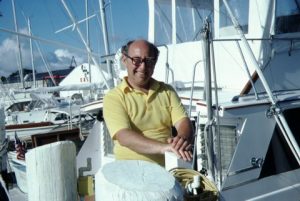 Arthur Edward Nashawaty was the youngest boy in a family of 9 children. His father sold fruit and vegetables from a stall in Haymarket Square, and I think Dad got his love of all kinds of food from going with him. Both his parents died very young. He missed them for the rest of his life.

Dad knew what he wanted. From a young age he decided he was going to be successful, and he mostly was. I think his brothers admired their little brother’s fierce ambition. His sisters doted on him; he was their “Artie.”

At a church event in his 20s he saw a beautiful girl named Carolyn from an elegant family and decided she was it. They were together until he died.

After looking around for a career that would let him be his own boss, he became a manufacturers’ representative, selling massive amounts of furniture and other goods to hotels, schools, restaurants, etc. throughout New England. He and a pal invented the first lamp that had a socket for hotel guests to plug in a laptop back when laptops were new.

So far, he remains the only person of Near Eastern descent elected Captain of the Ancient and Honorable Artillery Company of Massachusetts, formed before the Revolutionary War.

He became a somewhat-skilled yachtsman, cruising to Nantucket and Martha’s Vineyard from Falmouth Harbor every summer. Mainly by following the ferries, unless he could get my brother to navigate.

Dad enjoyed the theater, especially Skakespeare. I only saw Dad cry a few times, but when we saw the tragedies like Othello, he let the tears flow.

He and our mother raised 3 of us, gave us everything we wanted except a pony  (riding lessons, yes; pony, no), and we knew he loved us.

Some “Dad-isms” that have stayed with me…

“Don’t wear what everyone else wears. You’re not leaving this house in that mini skirt. Carolyn, did you see what your daughter is wearing? (I wore the skirt.)

“Don’t be in a rush to accept every invitation. If you’re invited to 3 parties, go to 1. You want people to look forward to seeing you.”

“Always make extra so people can bring some home.”

“Honeybunch, you’re going to see the same people going down as you saw going up.”

Dad was one of nature’s gentlemen. He was fair, but tough. He demanded, and commanded, respect. His office was in our house, and my brother told me one day he heard Dad yell on the phone, “Look fella, I need the business, but I don’t need it that much!”

And he probably was the most stubborn person I’ve ever known, which taught me skills I later used in my PR career.

He doted on children and let more than a few break his glasses. If a child said they wanted a particular toy, his response was: “Carolyn, find out what that is and buy two.”

He loved family parties, but only if he was hosting. We have a video of my late aunt at a surprise party her children gave for her, and over the din of voices you can hear her exclaim, “Oh my God, Arthur’s here?!?”

Dad was a walking manual of how to live on your own terms. I think of him often, with gratitude, wonder at all he did and was, many “you were rights,”  and love.

What are some of your favorite memories of your Dad?

Our dads were great hardworking men who loved their family very much! 💕💕

I loved your Dad like crazy. Still miss him too. XOXO

What a beautiful tribute to Uncle Arthur. He taught me so much. And opened my eyes to more. I will forever love my memories of all our times we shared with him. And I will chuckle at quite a few lessons he taught us.

Now we chuckle. Back then, not so much. But he was always right. XO

Thanks Brenda for that beautiful blog on my Uncle Arthur! That picture brings back memories. Your dad was always kind and loving to me. I especially remember him asking me to dance at my sisters wedding. I had no idea how to do that, but he made easy and enjoyable.
I miss him and my own dad! Thanks for those memories.

Joanne, I miss your Dad too. He was so kind and made life fun. As tired as he was when he came home from work he always had time to toss me in the air and bounce me on his knee. We were lucky girls. XO

Such an affectionate profile. You had a prize father – as did I.

C, we were very lucky XO B

Looking back and wondering about choices and what-ifs.

Random Thoughts: The Scent of Chrysanthemums

Learning to accept what can’t change.